Summer sessions here in the Las Vegas valley can be pretty brutal with our crazy hot temperatures pretty much June through September. Here in Las Vegas unlike many other desert locations, we don’t cool off a whole lot overnight and so it is just hot all day long and without much relief. I have so many people leery to book during the summer months, especially my pregnant mamas, who generally run hotter anyway! The thought of standing out in it for any length of time just really sounds miserable. Luckily, there are a few locations around the valley where we can get to higher elevations and lower temperatures. This particular location runs about 15-20 degrees cooler,  which actually feels heavenly when in the valley it is well over a 100F.

One of the plus sides about living in the desert is it’s incredible sunsets during monsoon season. The sky lights up in vivid colors and so often I just stand outside and soak it all in. I always pray for epic skies for my sessions because I do shoot during Golden Hour (the hour before sunset) and having those beautiful warm colors and gorgeous skies just really adds so much to sessions. So, as usual I was hoping and praying for that for Courtney. She had booked me a couple months in advance and unfortunately her significant other got called away on a job at the last minute,  and wouldn’t be able to be in the session with her. I offered to reschedule but she really wanted to go ahead and go for it while she was feeling great and had the time off. I wanted this to be special for her and for her to have images she would be able to surprise him with, and as usual I wanted to show her just how beautiful she is pregnant!

As I left home, the skies were just as clear as could be and I had pretty much given up on an epic sky  but as I approached the mountain there was one huge rain cloud hovering over our location! Literally, right over our location. As we drove up it began to rain, and we pushed on. By the time we got to our spot it was still raining but luckily I had an umbrella in the trunk and we waited it out a bit. As we looked around I just about died because there was rain, a beautiful rainbow, wild horses, vivid colors, and incredibly epic skies. All I could think was, “well, someone was listening!”.

This mama truly was glowing!

Here are some of my favorites from her session: 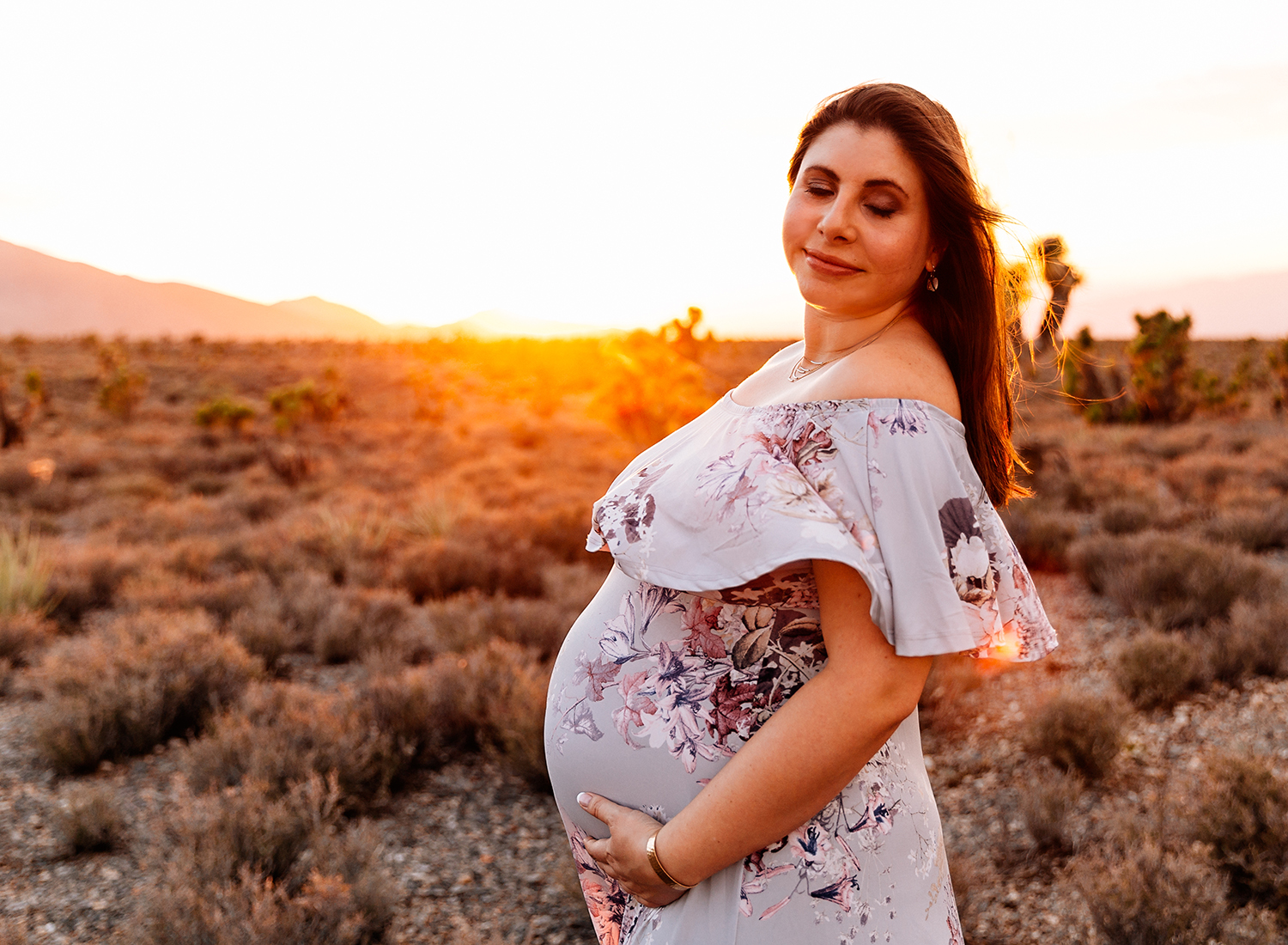